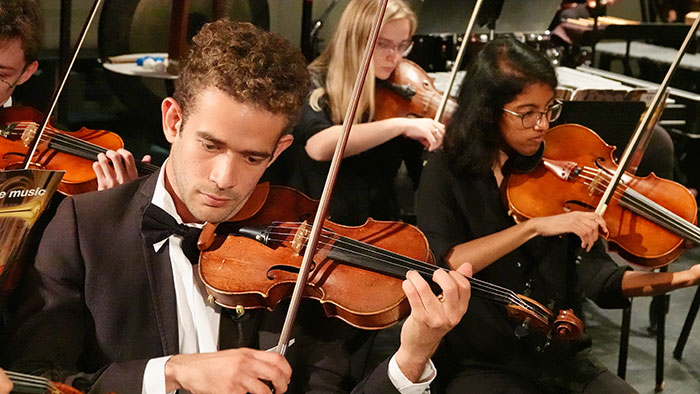 Donate to the Friends of Music Scholarship Fund Now 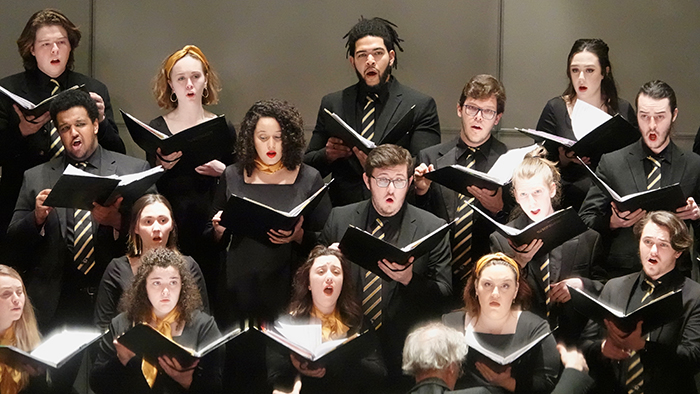 Friends and colleagues of Brady and Anne Deaton donated gifts in their honor upon Dr. Deaton’s retirement as Chancellor of the University of Missouri to create this endowment. The Deaton fund provides scholarship support for students in the School of Music.

Give to Brady and Anne Deaton Friends of Music Endowment 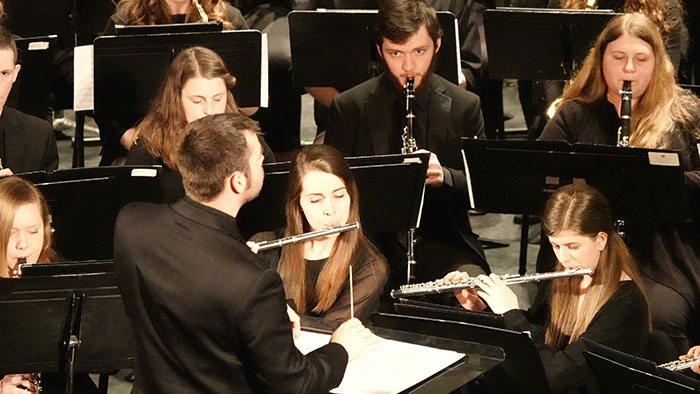 Friends and colleagues of Richard and Patricia Wallace donated gifts in their honor upon Dr. Wallace’s retirement as Chancellor of the University of Missouri to create this endowment. The Wallace fund provides scholarship support for students in the School of Music.

Give to Richard and Patricia Wallace Friends of Music Endowment Fund 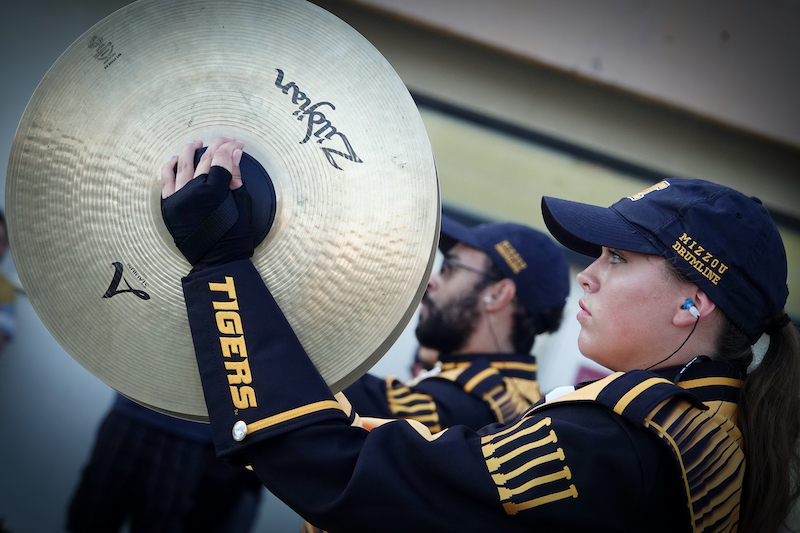 The Marching Mizzou Scholarship Fund has been recently established as an umbrella fund for all of our scholarships, both general and named, for Marching Mizzou students.  Read more about each fund below for an application (if necessary) or a place to donate!

Give to Marching Mizzou Scholarship Fund 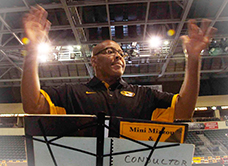 Gary Jerome Taylor’s outgoing and helpful nature was ever radiant throughout his life. Born and raised in Portageville, MO, Gary enrolled at MU after an active high school life and Columbia became his home for the next 33 years. Gary forged the most amazing friendships in Columbia through affiliations with Marching Mizzou, Residence Halls Association, Summer Welcome Program, Cougar Brass Band, Urban Empowerment Ministries, and employers Job Point & MBS Textbook Exchange. In recent years, Gary served as the volunteer director of the Marching Mizzou Alumni Band. Gary died unexpectedly on December 1, 2016 at the age of 51.

Gary left an indelible mark on those who knew and loved him. A gift to Gary’s scholarship fund will continue to honor Gary’s practice of ensuring the lives he touched were changed for the better.

For applications on these scholarships, see the M2AB website. 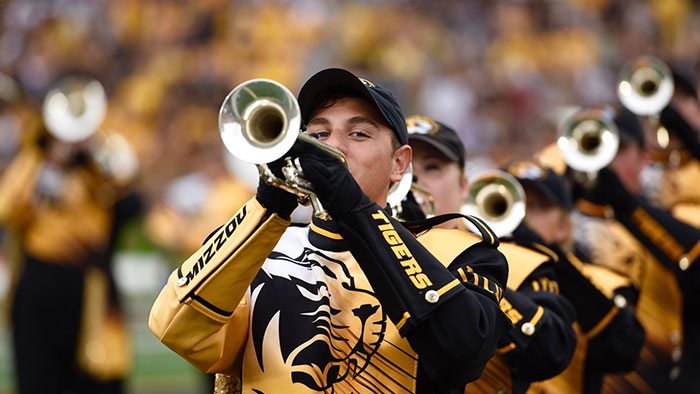 Dr. Alex Pickard (1936-2019) came to MU in 1961 to be the trumpet professor and five years later, became the Director of Marching Mizzou for the next twenty years. Under his direction, Marching Mizzou students delighted fans with theatrical halftime performances including innovations like the famous “Flip Tigers” drill and formed new spirit groups like Mini Mizzou and the Golden Girls. In 1975 he took the band to England, where they performed in iconic Wembley, Chelsea, and Twickenham stadiums. A year later the famous MIZ-ZOU chant was born, coined by band members after a 22-21 football victory over Ohio State. In 1982, Dr. Pickard continued to serve as Associate Chairman until his retirement in 2002. This fund was created by he and his wife, Anne-Marie, to help support students in Marching Mizzou with scholarships and awards. 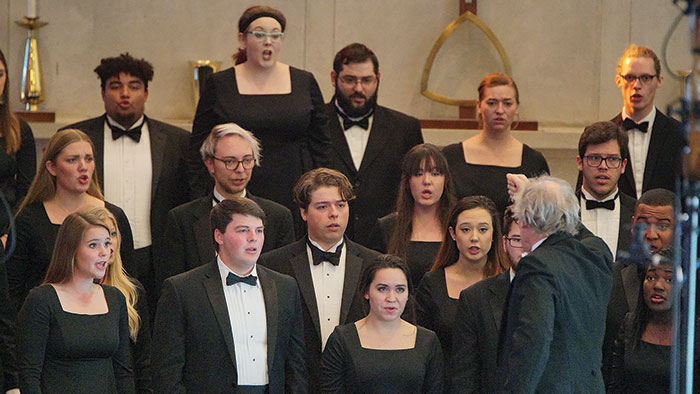 MU's University Singers have been recognized as one of the premiere university choirs in the United States. They have performed all over the world with international tours every 2-3 years and have been invited to perform all over the United States including major conferences and even the White House. This fund supports all things related to University Singers including scholarships, travel, music, teaching assistantships, and special opportunities.

He invited all students to audition regardless of major. He understood the benefits of performance and always tried with every concert to give the audience “what they wanted” but also to “bring them up a notch.”  University Singers under his direction, filled Jesse Auditorium for their concerts.  - Suzanne Parker Nichols, B.S.Ed. 1968 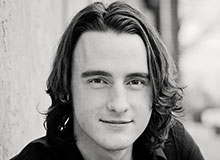 In October of 2018, depression took the life of Nathan Ward, a 2013 graduate of the MU School of Music. Nathan's skills in cello, piano, composition and voice resulted in many awards, successful competitions and a bright future. Following graduation from the School of Music, Nathan was accepted to Northwestern University and completed a Master of Music degree in voice in 2016. He spent three summers singing in San Diego with Opera NEO, and the summers of 2016 and 2017 with Central City Opera in Colorado. Nathan joined Opera for the Young in Madison, Wisconsin for their 2016-17 season and joined Opera Colorado during their 2017-18 season. Because Nathan touched so many through his artistry and shared generously his passion for music, this Scholarship, the Nathan Ward Memorial Scholarship, honors his memory and hopes to assist future, talented students during their studies at Mizzou.

This scholarship is awarded to an incoming undergraduate student in voice who displays exceptional vocal talent and possesses superior musical skills. The scholarship is open to all voices, but preference will be given to tenors, Nathan’s voice type. 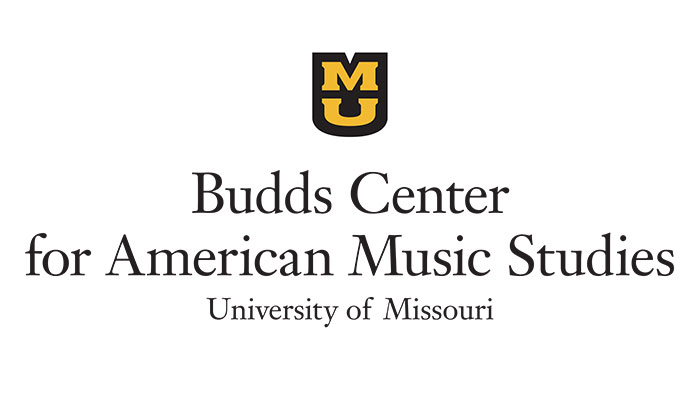 For 30 years, Dr. Michael Budds instilled in his students a passion for music and the role it has played in our society and culture. From 1982 until 2012, Dr. Budds made his Jazz, Pop, and Rock class one of the most popular on Mizzou’s campus. In addition to his teaching legacy, Dr. Budds has generously gifted $4 million to establish the Budds Center for American Music Studies - a destination for the research, teaching, archiving, and celebrating musical achievement within the United States. This center, dedicated to the unique aspects of musical expression throughout American history, will be an academic destination for music scholars around the country. The center will also place a special emphasis on the musical culture within the state of Missouri, and provide a wide range of learning opportunities on campus for music majors, nonmajors, and members of the public. It is Dr. Budd’s vision not only to expand Mizzou’s existing focus on American music, but to establish the MU School of Music as a national model for the study of American music. Your gift to the Michael J. Budds American Music Endowment will benefit the Budds Center for American Music Studies, honor Dr. Budds, and help his vision come true! 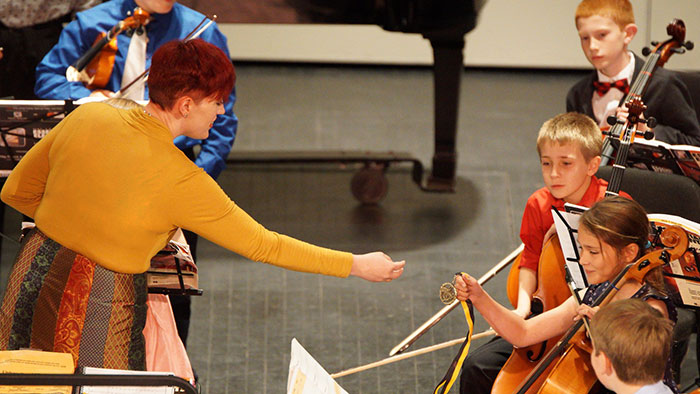 This endowment was established by several individuals in 1988 to benefit student in music education. Funds are primarily used for scholarship support of undergraduate and graduate students. 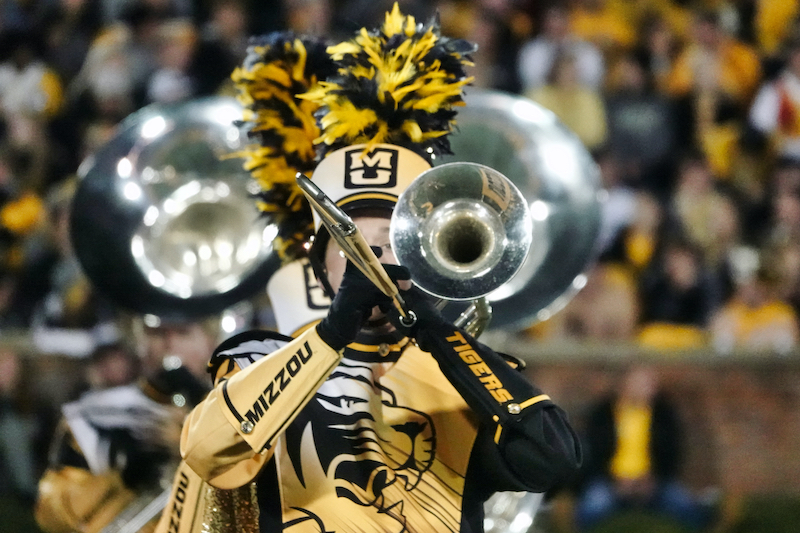 Charles L. Emmons was a member of the music faculty from 1957-1982. During this time, he was the Director of Marching Mizzou, Director of the University Philharmonic, violist with the University String Quartet, and Chair of the Music Department. Charles and his wife, Leah Lou, established the endowment in 1989 to provide an award to an outstanding member of Marching Mizzou at the annual Honors Convocation each spring. 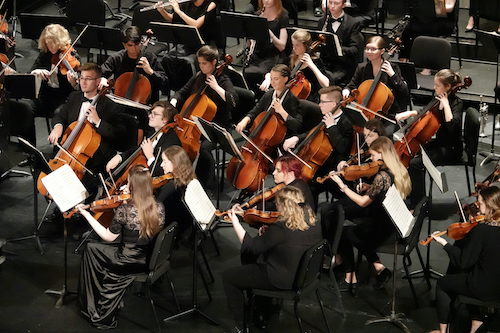 Leah Lou Emmons was the wife of Charles Emmons who was a member of the music faculty from 1957-1982. During this time, he was the Director of Marching Mizzou, Director of the University Philharmonic, violist with the University String Quartet, and Chair of the Music Department. Charles and Leah Lou established the endowment in 1989 to provide awards to string students at the annual Honors Convocation each spring. 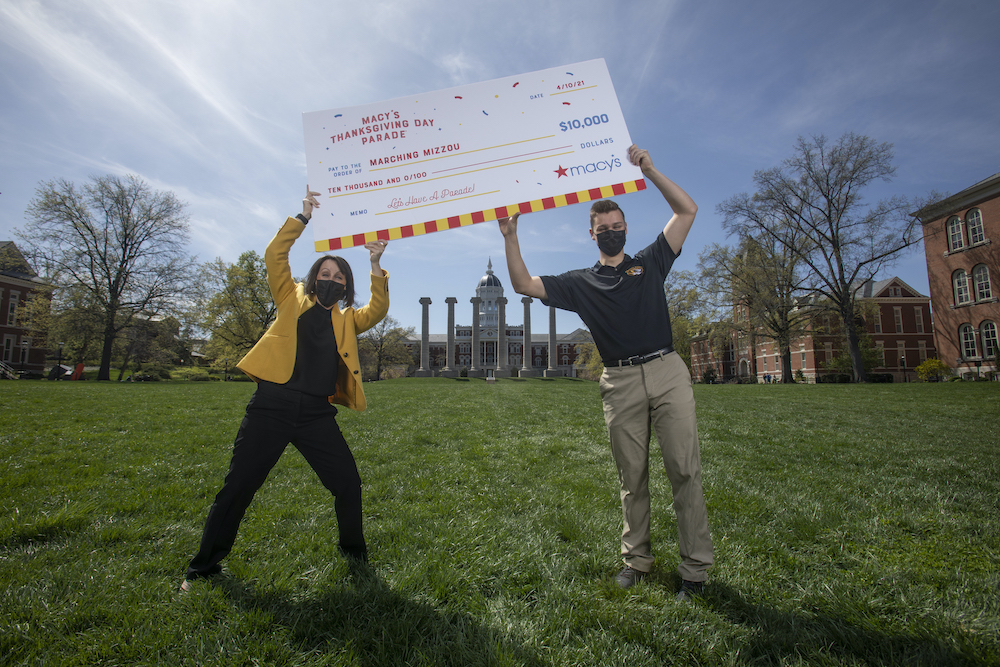 Marching Mizzou was selected to represent the state of Missouri in the 2022 Macy’s Thanksgiving Day Parade, marking the band’s first appearance. At the call of “Let’s Have a Parade,” signaling the start of the holiday tradition since 1924, Marching Mizzou will become a part of the celebration and history of this storied parade. “With a more than 135-year history, Marching Mizzou has a special legacy as one of the finest and most respected university band programs in the country,” said Wesley Whatley, Creative Producer of Music and Talent for Macy’s, Inc. The more than 300 members of Marching Mizzou will spend the next 18 months preparing for their parade debut. Rehearsals and creative fundraising events will bring the school and community closer together and ready the students for the performance of a lifetime! To kick-start the band’s fundraising efforts to help alleviate high costs to each individual band member, Macy’s has donated $10,000 in support of their march towards the Big Apple. Additionally, Mizzou has committed to match dollar-for-dollar the donations made by supporters like you, up to $60,000! Make your gift today to send “Marching Mizzou to Macy’s“ and show the country first-hand what the “Big ‘M’ of the Midwest” can do in Manhattan.

Give to the Marching Mizzou to Macy's Donation Initiative