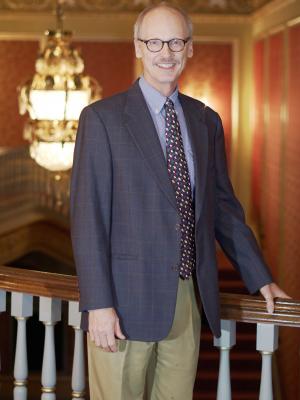 R. Paul Crabb, University of Missouri's Director of Choral Activities, earned degrees in Music Education, Vocal Performance and Choral Music Education. His ensembles have performed at state, regional and national conventions and have traveled extensively in Mexico, Germany, Austria, Italy, Hungary, Slovakia, Czech Republic, Russia, Bulgaria and Australia. Crabb served as assistant conductor at the Russian/American Choral Symposium for two years where his choir was invited as the resident American choir at the Moscow Conservatory. He served for one year as a visiting professor in Salzburg, Austria, where he taught and worked with the choir of the Salzburg Cathedral. He has taught conducting in Taiwan, eighteenth-century music in England, and studied sixteenth century polyphony in Italy with the renowned Peter Phillips.  More recently he served as Guest Visiting Choral Professor at the Liszt Academy of Music in Budapest, Hungary - the first American selected for that position. In 2007 he became the first American conductor invited to lecture in the Choral Department at the University of Vienna's Universität für Musik und Darstellende Kunst.  In 2008 Crabb accepted the position as Resident Guest Conductor of the Baroque Orchestra of Domenica Cimarosa in Avellino, Italy, where he has conducted performances in the Naples and the Amalfi Coast region for the past several years and recently completed a recording project with the same ensemble. He also accepted a position as the resident conductor for the Dante Music and Arts Festival in Nagoya, Japan during March of 2010. Invitations for 2011-12 included California, New York, Washington, D.C., Italy, Austria and Brazil. In 2015 he was awarded a research leave at MU, using the time to lecture, perform and research choral music in Sweden, including lectures and performances at Lund University, Malmӧ College of Music and the Royal Conservatory in Stockholm.  He also presented seminars and workshops in Austria, Italy and Slovakia. Invitations for 2016 include Austria, Italy, China and Poland.

Under Crabb's leadership, MU's University Singers have been recognized as one of the premiere university choirs in the United States. In November of 2009, they were invited to perform at the national convention of the National Collegiate Choral Organization at Yale University--one of nine choirs selected by audition from across the U. S. In May of 2010 they accepted an invitation to perform at some of the most prestigious venues in Milan, Bologna, Rome and Salerno, Italy. This tour was sponsored by several institutions in these cities, as well as the office of the U. S. Consulate General in Naples. In January 2011 they performed by invitation at the Missouri Music Educators Association state convention. In March of that same year, they traveled to Chicago following an acceptance of an invitation to perform at the national convention of the American Choral Directors Association during a session on eighteenth-century performance practice. This same ensemble was the featured choir for a residency of Peter Phillips of the Tallis Scholars in April of 2012. In November of 2012, Crabb hosted Dr. Joseph Flummerfelt's residency during which he worked with students and conducted a performance of Choral Union's Lord Nelson Mass.  In January of 2013, they returned to Missouri Music Educators Association conference as one of three collegiate choirs featured for the special 75th Anniversary convention. In May 2014 they were invited to perform in Austria and Hungary, including the Liszt Academy of Music in Budapest and performing with the Salzburg Cathedral choir.  Crabb has also been recognized for his teaching skills. He was the recipient of the Walker and Doris Allen Teaching Award (Truman State University), was Missouri’s Professor of the Year, and in April of 2012 received the William T. Kemper Award for Teaching Excellence from MU.  His published research has appeared in the MENC research journal Update and Choral Journal.  He has also published editions of choral music with several major publishers in the U. S. Crabb is also Artistic Director and conductor of the professional vocal chamber ensemble, Prometheus. 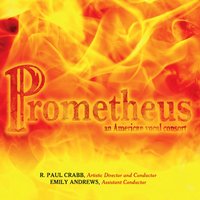