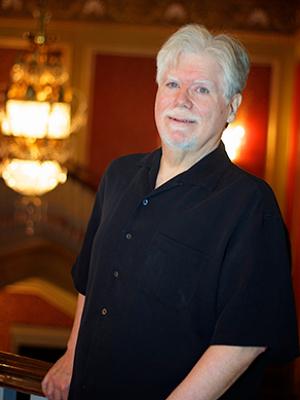 Dr. Seitz’s opera, The Children of the Keweenaw (libretto by Kathleen Masterson), was premiered in 2001 by the Pine Mountain Music Festival.  More recently, his music has been heard at the 2015 Festival Musica nas Montanhas in Brazil, in performances by the contemporary music ensemble Bent Frequency in collaboration with CORE Dance Company of Atlanta, at the 2012 World Saxophone Congress at St. Andrew’s, Scotland, in 2012 concerts by the Codigo Trio in Spain and the Netherlands and in 2012 premieres performed by Henri Bok, Eleri Ann Evans and Louis Afonso Montanho at the 2012 Festival Musica nas Montanhas in Brazil, the MU Concert Jazz Band at the 2012 Jazz Education Network National Conference in Louisville, at the 2012  Mizzou New Music Summer Festival, by Clarinetes Bajos at the XVI Curso Internacional de Clarinete in Avila, Spain, in a 2012 world premiere by the University of Missouri's University Singers, in multiple programs presented in the Odyssey Chamber Music Series in Columbia, Missouri, in the 2013 Arnhem Muziek Platform concert series in Arnhem, Netherlands, the 2013 Mizzou International Composers Festival, in recitals at the University of Hartford Hartt School of Music, and in many beautiful performances by his colleagues at the University of Missouri, including the 2013 premiere of La Terra Illuminata, a Sinquefield commission for the Columbia Civic Orchestra and the Columbia Chorale, and the premiere There is a Threeness About You.  Recent recordings featuring his music include a new CD (Summer 2015) by Timothy Howe and an MU faculty ensemble, Martyrs by the Codigo Trio (Netherlands), In a Nutshell (Netherlands) by bass clarinet virtuoso Henri Bok, Dialogues  by The Irrelevants (Carrie Koffman, saxophones and Tim Deighton, viola), Tunnel Vision by the MU Concert Jazz Band and Spiritual Planet (Klavier) by the UNLV Wind Orchestra.