The second event of the 2020 Mizzou International Composers Festival Online will feature livestreamed performances by three ensembles with close ties to the festival: Alarm Will Sound, Khemia Ensemble, and the Mizzou New Music Ensemble.

The program will include Alarm Will Sound's performance of Anthem by the legendary artist Meredith Monk. Anthem is the first work in Alarm Will Sound's new series, VIDEO CHAT VARIATIONS, remotely performed world premieres that respond to the quirks of video chat platforms. Anthem is inspired by the Buddhist concept of the interdependence of all things. Using what is inherent in the video-chat medium, Monk offers a spacious and expansive composition that encourages us to move forward with this kind of conscious awareness, even while being out of synch with each other in an uneasy world. Alarm Will Sound has a long history with Meredith Monk, dating back to their 2005 Carnegie Hall premiere of Monk's work, Night.

Two Mizzou student composers' works will be presented on the program. The Mizzou New Music Ensemble will perform  Ancient Echoes, a concertino for banjo and ensemble that features the composer as banjo soloist. The group premiered the work on March 10 at the School of Music's Sinquefield Music Center, and recorded the audio and video for the work in the center's state-of-the-art recording facility.

The Khemia Ensemble -- led by MU faculty composer Dr. Carolina Heredia -- will perform the world premiere of Niko Schroeder's (MM '20) Moves, for ensemble and video. The video component features a virtual game of chess, whose pieces and moves are controlled by various aspects of the music.

The final piece on the program will feature members of all three ensembles coming together to perform Pauline Oliveros's Buffalo Jam . Written in 1982 on an Amtrak to Buffalo, New York, the score provides text instructions for any number and instrumentation of performers. The ensemble members -- scattered across the country -- rehearsed and recorded the work using the Jamulus platform, which enabled them to transmit audio with virtually no latency. 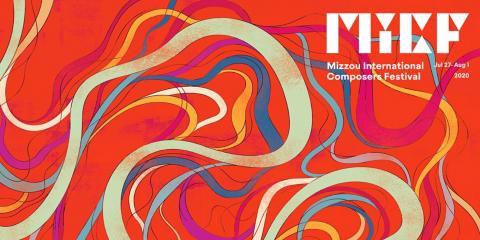