The committee was inspired by its awareness of the fact that many chamber music ensembles are first formed by friends wishing to make music together.  Young students, eager to use their emerging instrumental skills, were particularly in need of compositions that were written for combinations that would accommodate their actual circle of friends.  Beyond the traditional combinations of strings and piano, the catalogue was especially lacking accessible pieces that included woodwinds or brass.  The YCM committee decided to focus on trios including piano, knowing that these ensembles would be the easiest to assemble and would most likely be embraced by the MTNA membership and their students.

In addition, the leadership wanted to make the commissioned pieces available to the membership and the profession, so they decided to feature well known and widely published educational composers who had an ongoing relationship with a music publisher.  The publishers became an integral part of the process; indeed, those involved have agreed to create and print new editions that are offered for sale at the MTNA exhibits each year.  Those that have supported this project include:  Alfred Music, Hal Leonard, FJH, Willis, and Faber Music.

In partnership with MTNA, the MU School of Music faculty has presented the premiere performances at the national conference annually for 10 years, with at least two more years currently planned.  Listed below are the 21 compositions commissioned and published; check with publishers for scores and parts. 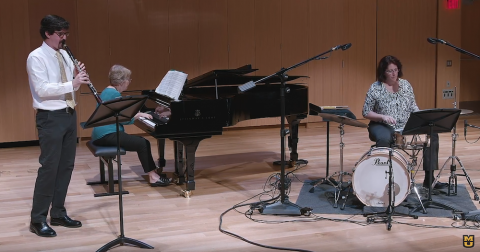