Now graduated with two Masters degrees from the School of Music, Daniel Vega has left his mark on our School.  About two year ago, Stacey Woelfel from the Jonathan B. Murray Center for Documentary Journalism and Bill Horner from the Harry S. Truman School of Government & Public Affairs, ask to meet with Dr. Gaines and Dr. Freund about potentially working with a student on an entire film score.  It didn’t take more than a couple minutes for them to come up with Daniel’s name.  The project, a feature documentary about the life of AIDS activist Pedro Zamora and his experience on MTV’s The Real World – San Francisco in the 90s, need music and both Woelfel and Horner were familiar with the excellent composition program in the School of Music.  Not entirely knowing exactly what this entailed, Daniel was contacted and eagerly said yes.  On Monday, May 3, a test screening of the film took place in the Missouri Theatre and stunned the audience.  It was so moving, with the score so perfect, that all in attendance were thrilled – with one of the most excited being Daniel.  In an email interview, Dr. Gaines asked Daniel about his thoughts on this project.

JG: How did you get involved in this documentary project?

DV: In April or May of 2018, my professor Dr. Carolina Heredia approached me and mentioned an opportunity for me to compose for a documentary film about Pedro Zamora. I expressed my interest and a few weeks later I was briefed about the details with Drs. Bill Horner and Stacey Woelfel. They explained there are seven themes in the movie that required music: Cuba, the Real World, AIDS history, AIDS perception, wedding, death, and Pedro's legacy. I accepted the role as composer and began to meet with the political science class who researched Pedro Zamora for this documentary. With the class I noted significant words that encompassed the emotional tone of the film so I could brainstorm how to capture the nature of Pedro Zamora's story in music. The next week I brought them two short piano pieces and played with my phone speaker, these two short pieces eventually became the Pedro and legacy themes in the film music.

JG: How did you decide what to write?

DV: I composed song-form (AABA) themes and harmonic progressions for each of the seven general themes of the movie: AIDS history, AIDS perception, the Real World, Cuba, the wedding, death, and Pedro's legacy. These themes were lead-sheets with chords and melody. After orchestrating these themes for the New Music Ensemble's instrumentation, they were performed in the spring of 2019 as a concert suite. I elaborated the harmonies, melodies, and textures of this original suite through reorchestration to create connections between the themes of the movie and music. When I got the final cut of the film to score, I created a spreadsheet of timecodes and carefully mapped out which scenes needed music and what theme(s) they would draw from. With these timecodes I could watch the film in my notation program and compose to it.

JG: Did you need to do “research” into the life of Pedro Zamora to write the music?

DV: Yes, digging into the details of Pedro Zamora's life made composing for him a personal experience. I watched the Real World season three, studied and listened to Cuban music, and watched the original five-hour-long cut of the film with interviews that did not make it into the film. After learning so much Pedro, AIDS, and AIDS perception I understood why his story is significant to not just the LGBTQ+ community, but everyone.

JG: How did you work with the directors to decide what to write and for what instrument?

DV: We discussed styles of music that would be coherent with the themes of the movie, such as grunge and Cuban music. I adapted many of the styles to for the instrumentation of the New Music Ensemble. When the suite was recorded the directors listened and provided comments. We collaborated on a spreadsheet of timecodes for the final film so we could agree on which theme to draw from in each scene. I decided which instruments to use for every scene without many suggestions, the orchestration was my own design; however, there were a few instrumental solos that drew too much attention away from the movie, so they were redacted.

JG: What is your favorite memory from MU?

DV: When the entire composition department traveled to hear the St. Louis Symphony read the first drafts of our compositions; mine was titled Star Seed. Afterword, our orchestration and notation were elucidated by conductor Gemma New in individual feedback sessions. I appreciated the responses I received from my professors and peers. 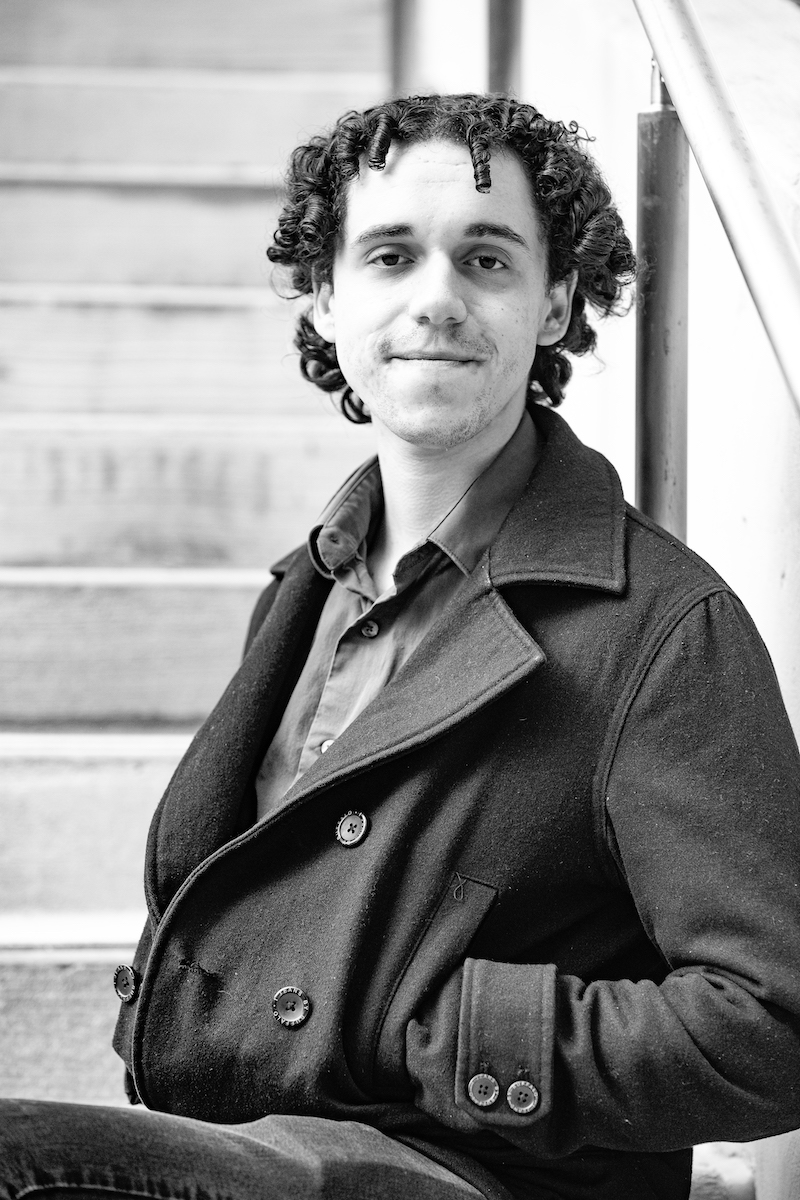 JG: What are your future plans?

DV: Compose, perform, and curate new music with focus a on participatory music in political contexts. I am also moving to Portland, OR to open a saxophone studio and collaborate with composers and performers on new works for the saxophone. My goal in the next year is to work with Portland's El Sistema program, Bravo.

Daniel took composition lessons from all of the music composition faculty and worked with Dr. Freund, the conductor of the New Music Ensemble (NME), extensively on the film score.  “Daniel began work on this project in the fall of 2019. We worked together on the orchestration of the score, including the integration of electronics. The NME performed a suite of the music that semester in preparation for recording. Unfortunately, the recording studio in our new building wasn’t ready until the following fall.  However, Daniel used the time to expand and revise the music so by the time we could record in the fall of 2020, the music was incredibly effective. The NME took on a lot of recording projects that fall due to the pandemic. We recorded about 45 minutes of music in three sessions, which was pretty impressive.”  Dr. Stefan Freund

Daniel received two Masters degrees from the School of Music in composition and saxophone performance.  Leo Saguiguit was his saxophone professor for three years and says, “Daniel is a shining example of what is possible with dedication and perseverance.  In addition to his talent as a composer, he has gained tremendous skill and experience as a saxophonist to continue developing as an outstanding performer and teacher.”

"Daniel has been an invaluable member of our campus and local community. Not only he contributed with styles, interests, and philosophies that were new for many members of the community, but he also presented himself with a warm, welcoming, and optimistic attitude towards his classmates, students, and faculty." - Carolina Heredia

Here are some examples of Daniel’s musicianship as both a saxophonist and composer. 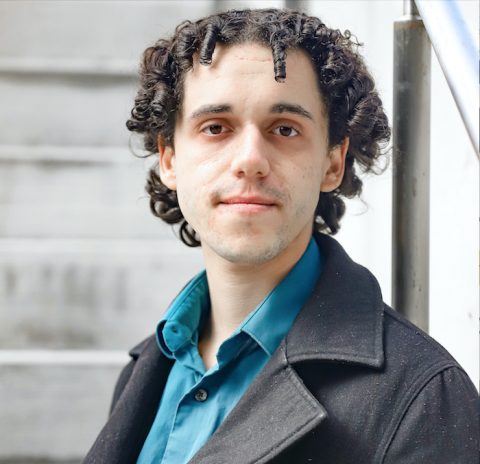