In May 2021, Evan Watkins graduated with a master's degree in piano performance.  As a graduate assistant, Evan gained experience as rehearsal pianist for the Show-Me Opera's productions.  These experiences were further expanded when the performances of the Spring 2021 production, Verdi's Falstaff, were realized on the piano rather than with orchestral accompaniment because of the pandemic.  Show-Me Opera Director Christine Seitz said, “Evan was great fun to work with – always diving into the experience of the opera music he played. Kudos go to him for his intrepid piano playing as one of two pianists playing for our production of Verdi’s Falstaff.”  Evan also won the University of Missouri's 2021 Emerging Artist competition, performing in the Emerging Artist Gala Concert, and won the 2020 Missouri Federation of Music Clubs McClure Award.

Evan has primarily studied piano with Dr. Peter Miyamoto.  He comments, “Like all the students in the School of Music, Evan challenges himself with a plethora of projects that ultimately enhance his musicianship and artistry.  Whether preparing his degree recital, studying for his comprehensive examination, performing chamber music or working as collaborative pianist for the Show-Me-Opera productions, Evan is constantly expanding his comfort zone and broadening his field of experiences.  This will undoubtedly pay off no matter what he chooses to do in the future.”

Evan has been a huge asset to the MU School of Music.  Enjoy an interview compilation put together by current PhD candidate Allison Davis and two selections from his many performances in the School of Music. 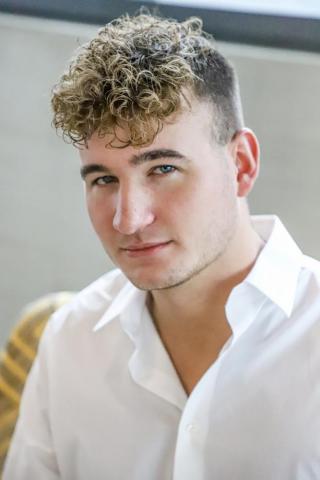