Welcome to the 2020 Mizzou International Composers Festival Online! This year has been unlike any year in the festival’s history – normally at this time, our community would be bustling with composers and performers from around the world. Restrictions on live events, however, have given us an opportunity to develop new ways of coming together and sharing music. This year’s festival will feature presentations by resident and guest composers and two performances: UNDER TWILIGHT, a drive-in multimedia event in the Sinquefield Music Center parking lot on Friday, July 31st, and our streaming FINALE CONCERT on Saturday, August 1st. More info and full schedule below (all times are CDT):

At 9:00 p.m. Friday, July 31, the MICF will present “Under Twilight,” a multimedia event with both in-person and online components, curated by Mizzou professor Carolina Heredia. The evening will feature videos that will be both streamed online and projected on an array of special outdoor 3D screens for a “drive-in” audience in the parking lot of the Sinquefield Music Center on the Mizzou campus, while accompanying music is simulcast on radio station KMUC (90.5 FM).  Professor Heredia adds, "We have found a way of performing online with performers dispersed around the country through software that completely solves the essential issue of online performance, which is latency (delay in sending and/or receiving audio from the other remote performers). This has been an incredible experience of collaboration among organizations and individuals, including Mizzou IT, MNMI, Alarm Will Sound, Khemia Ensemble, and the Mizzou New Music Ensemble."

The second event of the 2020 Mizzou International Composers Festival Online will feature livestreamed performances by three ensembles with close ties to the festival: Alarm Will Sound, Khemia Ensemble, and the Mizzou New Music Ensemble.  The program will include Alarm Will Sound's performance of Anthem by the legendary artist Meredith Monk. Anthem is the first work in Alarm Will Sound's new series, VIDEO CHAT VARIATIONS, remotely performed world premieres that respond to the quirks of video chat platforms.

Two Mizzou student composers' works will be presented on the program. The Mizzou New Music Ensemble will perform Daniel Fitzpatrick’s Ancient Echoes, a concertino for banjo and ensemble that features the composer as banjo soloist. The group premiered the work on March 10 at the School of Music's Sinquefield Music Center, and recorded the audio and video for the work in the center's state-of-the-art recording facility. The Khemia Ensemble -- led by MU faculty composer Dr. Carolina Heredia -- will perform the world premiere of Niko Schroeder's (MM '20) Moves, for ensemble and video. The video component features a virtual game of chess, whose pieces and moves are controlled by various aspects of the music.

The final pieces on the program will feature members of all three ensembles coming together to perform two works by Pauline Oliveros's: From Unknown Silences and King Kong Sing Along. The ensemble members -- scattered across the country -- rehearsed and recorded the work using the Jamulus platform, which enabled them to transmit audio with low latency.

Finally, a big thank you to Columbia Tribune Arts editor, Aarik Danielsen, for his fantastic article about the festival.

Read the Article on Columbia Tribune 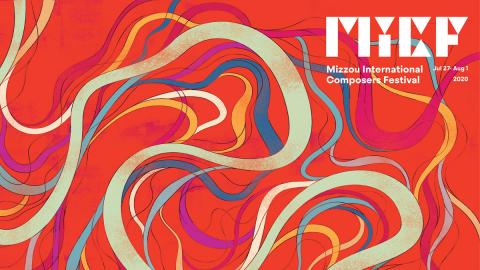