This week, we've been remembering the extraordinary life of Dr. Alexander Pickard and the impact he had on the University of Missouri community, particularly the School of Music.  He arrived on campus in 1961 and retired in 2002 after 41 years of service to MU.  Eighteen of those years were spent as the Director of Marching Mizzou (1966-1982).  In addition, he taught trumpet upon his arrival through 2000 and served as Associate Chair.  Below are links to many of the articles/videos that have been created about his life and career.  A Celebration of Life service will be held this Sunday at the Missouri United Methodist Church in Columbia and will be live streamed.  Even though he had been retired for almost twenty years, he and Anne Marie still kept very involved in the Columbia and MU music community.  We will miss him dearly.

We will be naming a space in our new music building after Dr. Pickard

This endowment provides scholarship funding for students in Marching Mizzou.  Please send a check made out to the University of Missouri School of Music with "Pickard Endowment" in the notes line to:

Alexander Pickard was a musician, a leader, a father to his students
Written by MU journalism major, Lillie Hegeman. 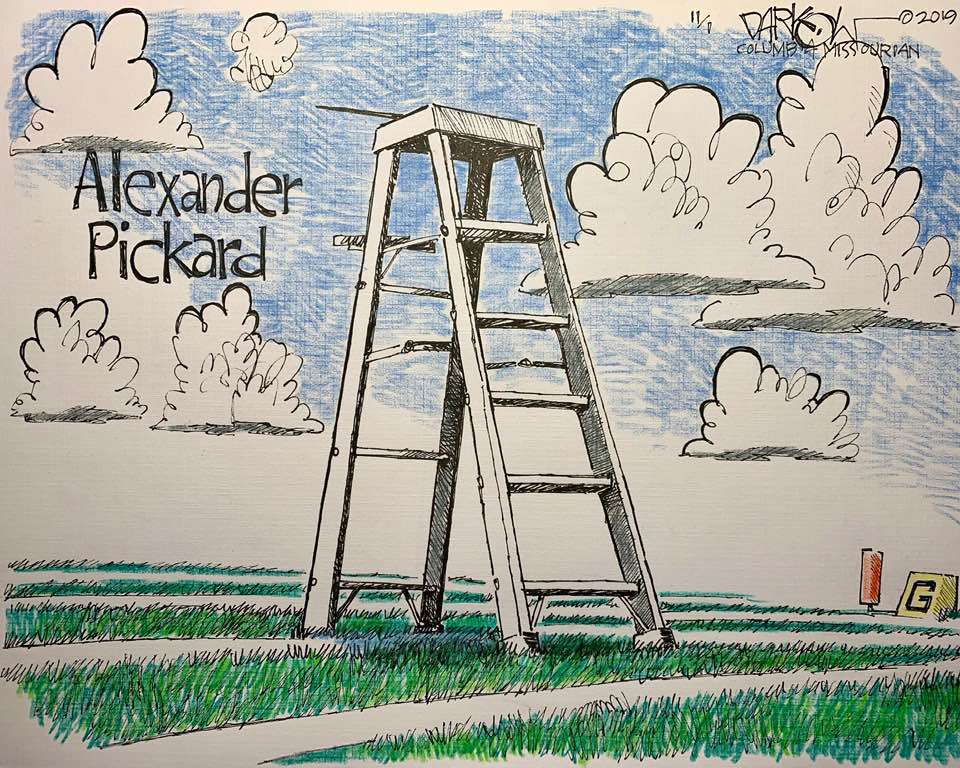 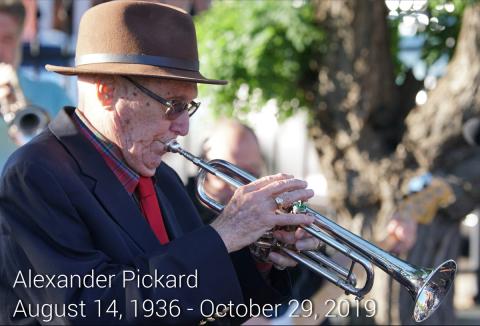